Went HDB today, and wrote a cheque to redeem the loan. Probably should have done this earlier, given the interest rate HDB charges is higher than market rate. [Well, i can probably refinance at a cheaper rate too, but then at this point in time, i think being clear of a housing loan probably works better for me] 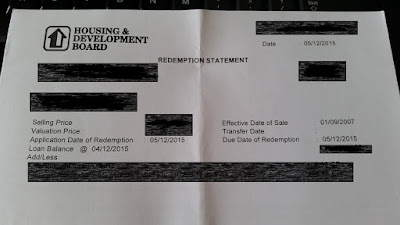 Even though bank account feels slightly emptier, but it's still a good feeling overall!
Posted by Unknown at 7:35 PM

Visit them for more